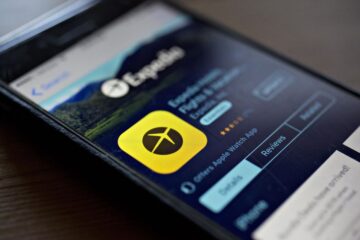 Expedia Group Inc.’s whopping 82% decline in revenue in the second quarter has laid bare the total devastation the coronavirus has wreaked on the travel sector just in a few months. The Seattle-based online travel giant reported total gross bookings of $2.71 billion for the three-month period to June 30, a decline of 90% from the same period a year earlier.

Revenue fell to $566 million — the lowest it’s been in about a decade — and missed Wall Street’s already reduced expectations of $680 million for the quarter. The adjusted loss before interest, taxes, depreciation and amortization was $436 million, missing average analyst estimates of a $288 million loss.

“The second quarter of 2020 represented likely the worst quarter the travel industry has seen in modern history and Expedia was of course not spared,” Chief Execuitve Officer Peter Kern said in a statement. He also said that after hitting a low point in April, the company saw gross bookings improve slightly in May and June as cancellations abated.

Vrbo, Expedia’s vacation rental unit, led that tentative recovery as antsy city dwellers have started exploring the mountains, lakes and national parks within driving distance of their homes. Domestic vacation rentals are the one segment of the travel industry that’s bouncing back, however Kern acknowledged it will be “a bumpy and inconsistent recovery” for the entire sector.

On a conference call with analysts Thursday, executives said Expedia has seen air travel bounce back faster in the U.S. than in Europe, and said domestic vacation rentals will likely lead the recovery.

Expedia had been struggling in the months leading up to the pandemic, as competition ramped up from startups like Airbnb Inc. and the choke-hold on advertising from companies like Alphabet Inc.’s Google began to sting. The board ousted the former chief executive late last year and cut 3,000 jobs in February. Kern, then vice chairman, was appointed as the new CEO in April. That same month, Expedia announced it was raising $3.2 billion to withstand Covid-19 impacts. Other rivals were also scrambling to survive: TripAdvisor Inc. and Airbnb each wound up eliminating about a quarter of their workforce, while Booking Holdings Inc. was forced to apply for government aid.

Global coronavirus lockdowns varied in severity and timing, but the pandemic shut down much of the U.S. starting in mid-March, impacting only the tail end of Expedia’s first quarter sales. The second-quarter results represent the first time Expedia has reported the full force of Covid-19 on its bottom line.